After weeks of inconvenient scheduling, I finally managed to meet up with Laura, who did the masters course with me. We went to a Japanese restaurant near the university for dinner. It was nice, and the food was yummy. It took a while to get the bill, but then they brought us each one of these so I had to forgive (I'm such a sucker.) 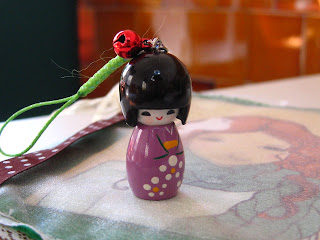 Afterwards, we went to Doctors for a pint, and Cheryl (another girl from our course) and her husband, Soul, met up with us. It was so nice to catch up! I hadn't seen Laura since graduation.

I cooked a few more good meals for myself, though I've been much worse lately. Back to my usual habits of junk food or eating out. Here are mini pizzas, and a store-bought chicken kiev with healthy veggies. (Okay, so all my meals are essentially the same, but they include lots of veggies and colors and stuff!) 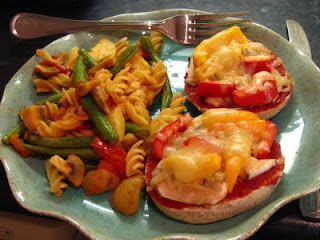 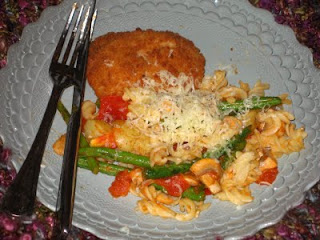 I made another trek out to IKEA (was significantly less enthusiastic the second time around) and got myself a coffee table for £3 and change. Three pounds! Can you believe that?? Totally worth the £3.20 bus ride there and back. So my flat is coming together...or at least is functional now. 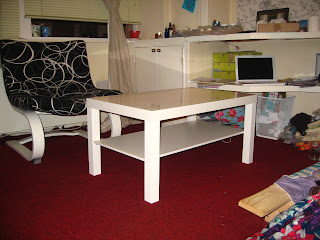 I've always hated coffee. I hate the smell and the taste. The bitterness. A couple times, while struggling with excessive daytime sleepiness, I've tried mochas in an attempt to wake up. I find mocha more palatable than regular coffee, especially after I've added quite a bit of sugar ;-) But it never seemed to wake me up, so I gave up on coffee.

While I was living with Corrado and Kasia, they offered me espresso a few times, and eventually, I decided to try it (granted, with lots of sugar added). I didn't really notice a strong effect, but it was a nice ritual to share with friends, like a cup of tea or a pint.

One day soon after, a girl at work invited me to grab coffee at Wellington's (purportedly some of the best coffee in Edinburgh). I've felt on top of the world for about 45min afterwards, and then felt queasy and jittery for the next 45min. Hm, slightly terrifying, but completely predictable, I suppose.

Then a couple weeks ago, I was super cranky at work. The first four hours of the day draaaaaaagged, and I could hardly believe that I was only halfway done. Corrado suggested coffee, so I grabbed a mocha from Wellington during lunch. I also treated myself to fries :-) For the remainder of the working day, I was cheerful and friendly and helpful. I was a new woman. A woman who enjoys, and possibly even needs coffee. It's only a matter of time before I'm fully addicted, spending 10% of my meager income on coffee.

So now, here I sit, in an internet cafe, working on my project with a coffee in front of me because I was feeling sleepy and losing concentration at home. Seriously, the last thing I need in my life is another useless substance to waste my money on. Sigh. It's all downhill from here. I'd feel worse about it, if the coffee didn't make me feel so goooood...
Posted by Kusems at 12:13 AM 1 comment:

Reasons I love it here

8. Karen is a really common name (giving the impression that I belong here.)

Posted by Kusems at 4:59 AM No comments:

I was pretty proud of myself when I moved into the new flat. First, I discovered an awesome cafe with WiFi just around the corner. It's called Moo Cafe. The food is really well done and affordable, and the service is very friendly. If I ever work up the nerve, I might join their weekly French speaking sessions.

I get really annoyed with strappy tops that fall off their hangers, but when I was unpacking all my clothes, inspiration struck. I stuck push pins into the wood of my IKEA hangers, and voila!

I explored my neighborhood a bit more, and discovered that I live in a really, really nice part of town. There's a library and loads of cute shops nearby. Here's a picture of a deserted hotel by the river.

I made my first trek to IKEA. It's a 30 min bus ride out of town, and its not long before you hit the Scottish countryside. I had to limit what I bought based on what I could physically carry, but got loads of basics.

My first week, I was really good about cooking. I started off with a broccoli and cheese casserole (I modified a recipe from Campbell's). Then I made oriental turkey burgers for Bill. Yummers! Here's a picture of leftovers.

(Sorry, the photos are all out of order. Not entirely sure how to work this Blogger app.) 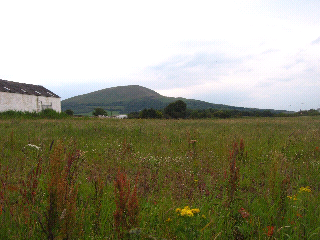 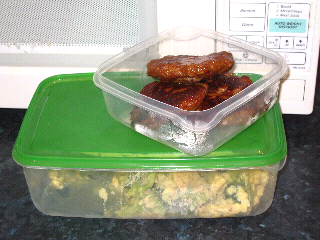 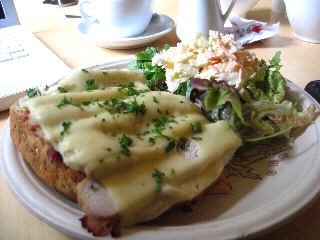 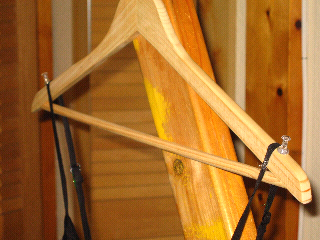 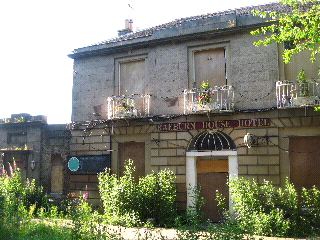