Part 2 of our Big Journey

When we got back to Adelaide after dropping our stuff in Melbourne, we spent the night at Hugh's parents' and returned the moving truck the next morning. Rather than relax at that point, we bundled back into Hugh's car and drove nearly two hours to his parents' holiday home in Port Vincent. The house is really sweet and we finally took some time to lounge around and be lazy. The town is tiny! It's not particularly charming, but makes a good holiday town (the only real requirements for that being beach and accommodation). We had schnitzel dinner at the local pub then walked along the beach as the sun set.

The next morning, Hugh's dad took us for breakfast in a neighbouring town, then took us to see some emus that live nearby. Emus have such intense stares, but they're still totally comical. I quite like looking at them and chuckling to myself.

I decided to explore the shopping opportunities when we got back. Hugh's dad mentioned the church op shop (that's short for "opportunity shop", which for some reason is what they call second-hand shops). I checked it out and found a bundle of goodies for just $3! Then I wandered to the beach, assuming there'd be some beachy, surfy shops. There weren't. On my way back to the main drag, though, I stumbled upon a fabric store with yarn at half price! I bought two pretty skeins of strawberries and cream-coloured wool for $5.

I couldn't wait to get started knitting the new stuff, but my needles were in Melbourne, so I improvised with coloured pencils. It mostly worked!

We rested for that one day, then we got back on the road on Sunday to return to Adelaide. On Monday, we were off to Melbourne via the coastal route and the Great Ocean Road. 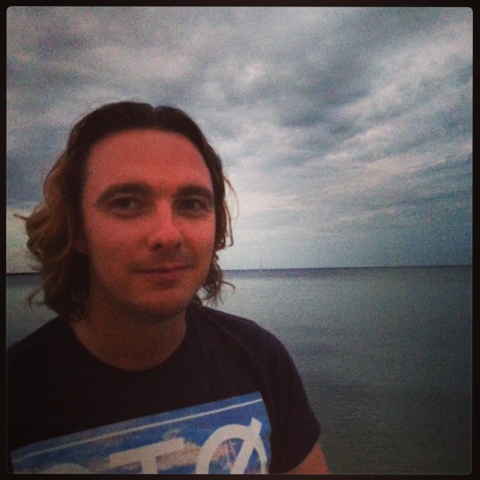 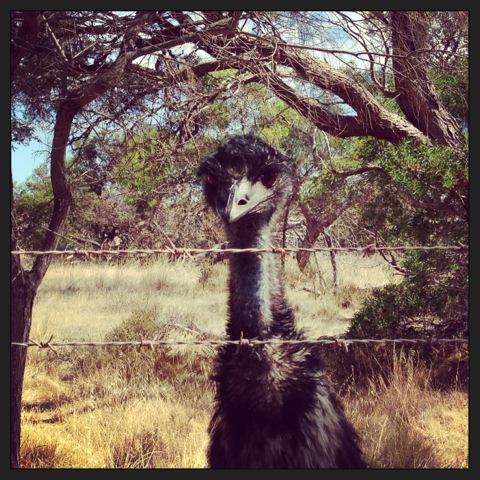 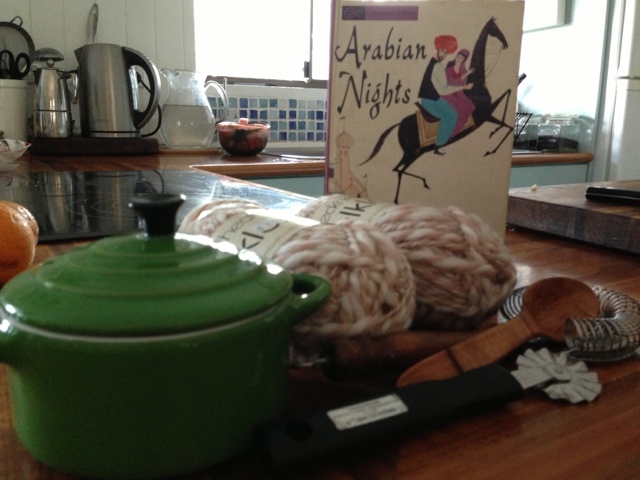 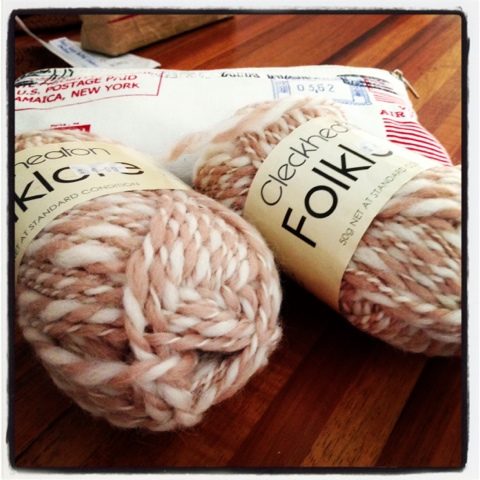 My friend, Kimberly, invited us to the opening night free concert for the Adelaide Festival (not to be confused with the Adelaide Fringe Festival, which started a couple weeks earlier). It was held in Elder Park, next to the Festival Theatre. Two artists, Adelaide-born Paul Kelly and Kiwi Neil Finn of Crowded House fame, joined up to play each other's songs. They had done a similar concert in Sydney that cost $125 and completely sold out. Apparently, they're both kind of a big deal, but I'd never heard of 'em. The music was great, though, so I kind of wish I had. They were kind of like Paul Simon, sort of folky and rocky. Hugh even sang along to some of the songs (I love it when he sings, even though he is tragically tone deaf). 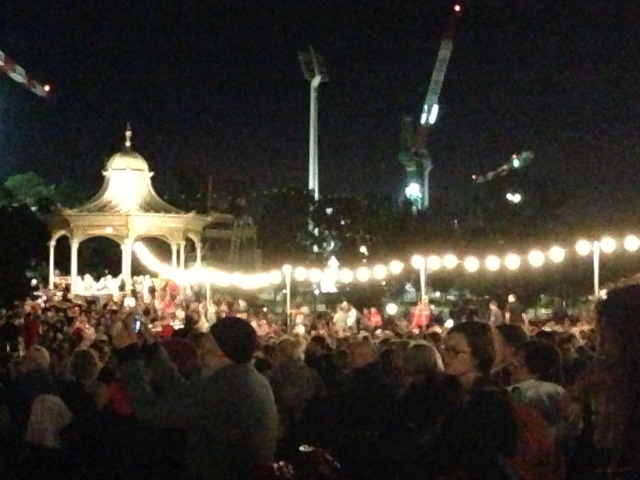 Someone's trying to send us a message

I forgot to post this a few weeks ago, but I found it pretty humorous. I got home from work one day to find this poor guy. My first thought was that, obviously, one of the neighbours is angry with us for some reason. I was imagining Godfather scenarios. Hugh thinks the poor thing probably flew into our screen door by accident. Hard to say.

Are dead birds on your doorstep good luck or bad luck? 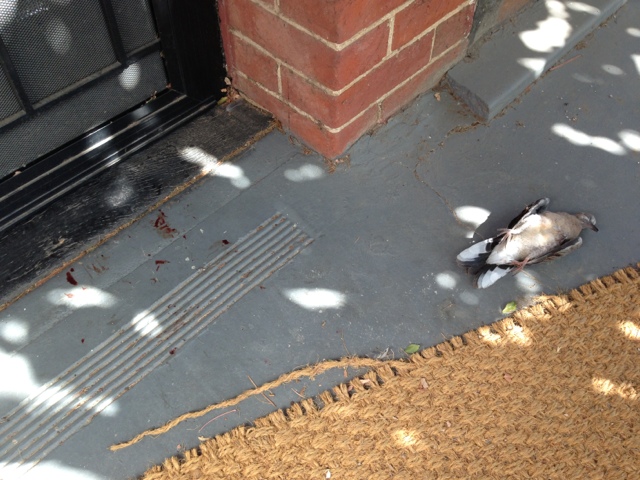 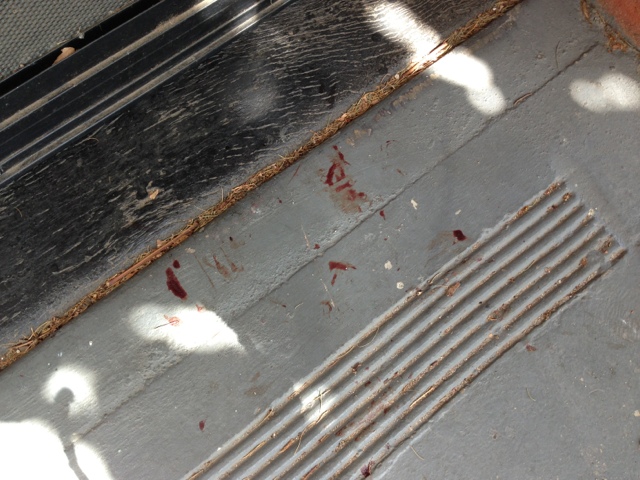 The day before we left Adelaide, I FINALLY received my UK tax return! I had told Hugh I would never get anything back from them, but he assured me I was just being a negative nancy. We submitted our paperwork in August and Hugh received a check in September, but I still hadn't heard a peep in January. I took it as a sign that I was right, but Hugh talked me into calling them to chase it up. They told me they'd sent a check last June, three months after my UK visa expired, to my UK address. Dummies. Anyway, she told me she'd cancel that check and have a new one sent to Australia.

I still harboured doubts that it would ever show up, and if it did show up, it would surely only be a couple hundred pounds. But as usual, Hugh was right. It did come, and is for £1180. Not too shabby! I'm going to have to set it aside so I don't spend it. It can go towards our US trip in October!

We have been on the move for almost a week now. We left Adelaide late Tuesday afternoon, drive until about midnight, and spent the night in Ararat (no sign of Noah's ark). We arrived in Melbourne the next day just before noon, travelled across town by tram to pick up the keys from the real estate agent, then spent about 4 hours unloading the truck and taking everything up to our second floor apartment in small elevator-sized loads.

I'll post about the new place when we've settled in a bit. We've hardly spent any time there! We discovered that we were supposed to contact the energy company ourselves to set up electricity, which we hadn't done, so we had no power. Oops. When it got dark, we headed into town to meet up with a couple Edinburgh friends who moved to Melbourne three weeks ago. Hugh used to work with both of them, and they started dating right at the same time we did, so it was really nice to catch up over drinks.

We returned to our power-less flat well after midnight, crashed out, and got straight back on the road to return to Adelaide. This time, we made the journey in one day and arrived back in town a bit after sunset. We spent the night at Hugh's parents', and on Friday, instead of relaxing and catching our breath, we got back on the road to head to the holiday home in Port Vincent!

Hugh gets a driving break today, but then it's back to Adelaide tomoz, then back to Melbourne via the Great Ocean Road on Monday. We'll probably take three days to get back, and then Hugh has two days of first aid training! Busy busy busy, he is. But we'll have the weekend to "relax" (I.e. arrange furniture, unpack boxes, etc) before he starts the new job. 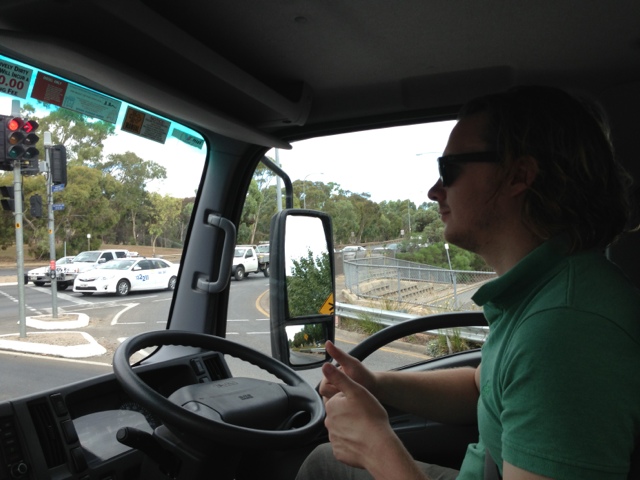 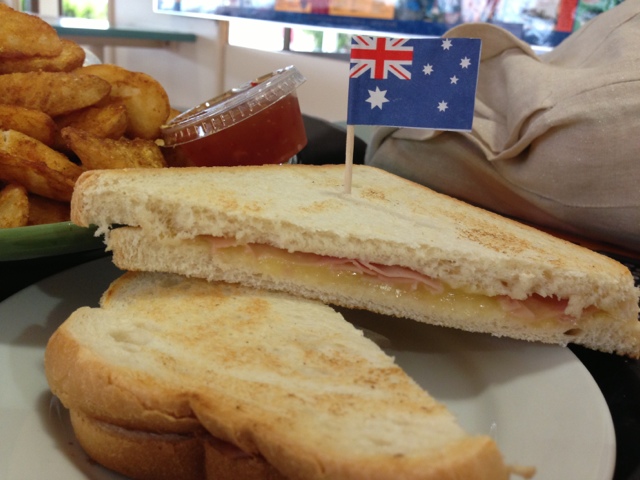 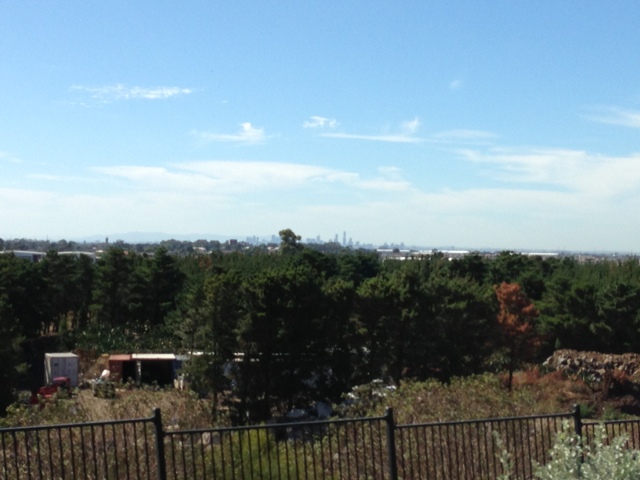 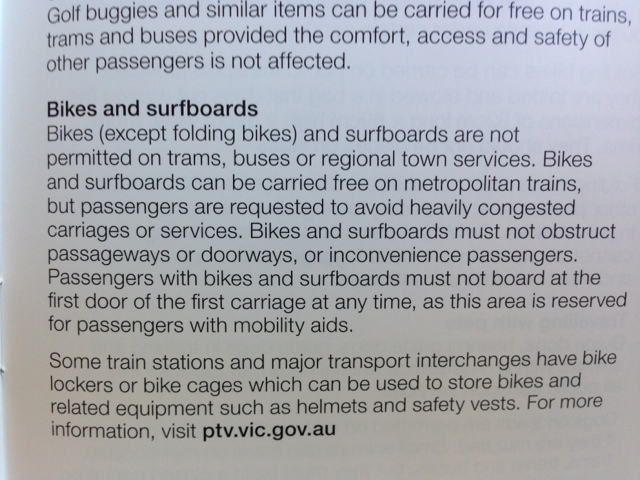 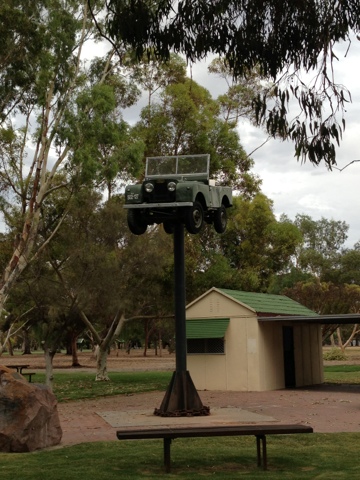 Sorry I have not posted. I have no excuse whatsoever.

But look! We are moving! How exciting! We pick up the rental truck tomorrow and will drive part of the way in the evening. It's about 8 hours to Melbourne normally. The plan is to get there Wednesday noonish, pick up keys, unload the truck in a hurried manner, spend the night in the new place, then drive back slowly to Adelaide. Why drive back? Because it costs $560 to rent a truck from Adelaide for four days and return it to Adelaide, but $1600 to rent it for two days and leave it in Melbourne. They even had a Melbourne truck that needed to be returned to Melbourne, but that was still gonna cost us $1100. How does that make any sense?

So yeah, we'll be back in Radelaide next weekend. Which is actually handy, because then we can drive Hugh's car over to Melbs and I don't have to drive! Result!

Now, back to work, lazy bones. 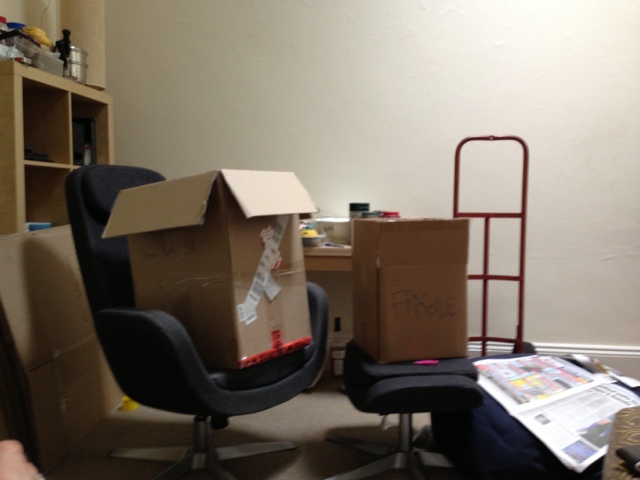