Today is the day!! After six weeks of waiting, we finally have (drumroll, please...) Internets! And yes, I am going to pretend that a lack of Internets at home is the reason I have sucked at keeping up my blog, even though I have the Blogger app on my phone.

{Note: the photos are all from Port Melbourne. I work down there on the weekends and it's pretty fancy. Can't complain about taking my lunch break by the beach!} 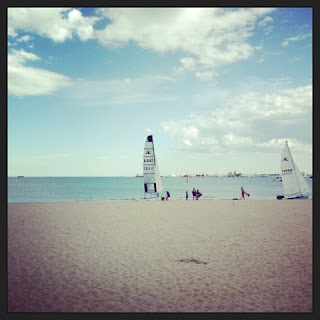 Probably the real reason I haven't been updating is that I have been journalling and Instagramming  away and that has been meeting my need for expostulation and validation from the general public. Also, let's not forget that I was never very consistent about posting before the move. 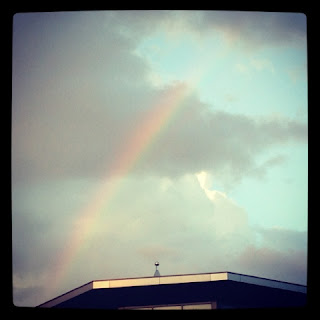 But I've missed reading other people's blogs. I have a feed set up through Blogger that makes it easy to read all the many blogs I like, but you can't access the feed through the mobile app. So I'd have to go individually to everyone's blogs and it's making me tired just thinking about it. 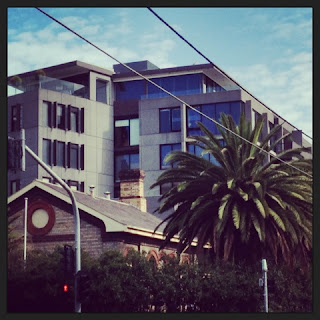 So, what have I been up to?

I think that's about it for the mo'. I should really get back to writing an exceptional proposal so I can get funding... 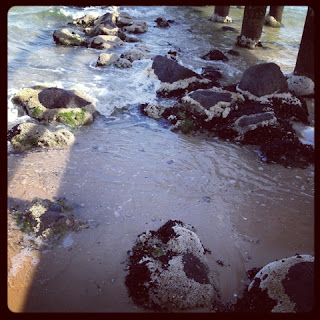 Ages ago, Jody sent me a postcard from Loosiana. It had an alligator on it and inspired me to draw the picture below.

I'm quite pleased with it, to be honest. Not too bad, even if I did need to google pictures of alligators. Also, I think it's clever of me, but SOMEbody who shall remain nameless but happens to be Australian didn't get it. He was like, "It seems like it's saying it wants to eat me." Yes, Einstein, that was the point!

Jody appreciated it. That's all that matters.

Then the other day, I wrote a letter to Jocky and decided to try decorating the envelope. There's an adorable photo on Pinterest of a kitten in a bow-tie, so I tried to copy it. The result is not displeasing, I think. 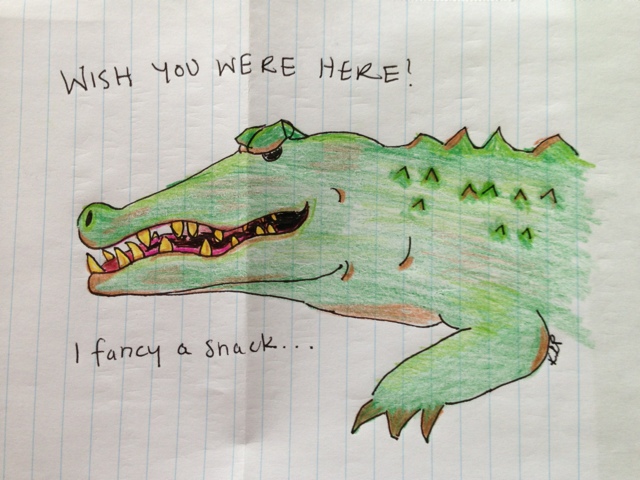 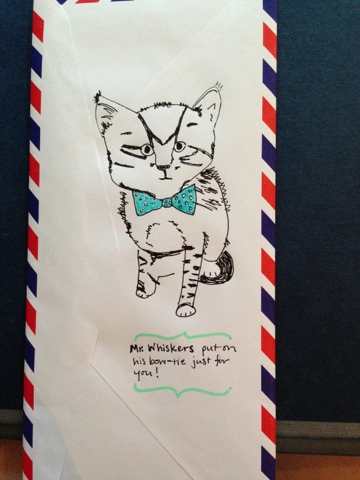 When I lived on London, every once in a while I would stop and think, "Holy crap, I love in London! This is awesome! I'm awesome!"

I realised the other day that I haven't had a single moment like that in the nine months I've lived in Australia, despite Australia seeming to be so much more exotic and cool. I've had moments where I marvelled at the fact that I'm in a real relationship, with someone awesome, and I've marvelled at the soft sand beaches, but even in Melbourne, I don't feel like I've achieved something big by living here.

But it's early days. I'm still recovering from the move and settling into this vibrant new city, finding my place in it. I'll get there.

I've been working lots, but got a few days break at Easter. Easter is a big deal here. Not like, people talking about Jesus or rushing to church, but it's a four day weekend for lots of people. I was surprised to learn that pretty much everything was shut on Good Friday, including my store. The rest of the retail world and I had to work on New Year's Day, but Good Friday is off limits to retail. And it's a bigger deal here than Easter itself. Hugh pointed out that the important bit was that Jesus died. The rising again on the third day was a bonus. He has a point...

Anyway, I didn't have to work the Friday, Sunday, or Monday, so instead, I decided to get a urinary tract infection that traveled up to my right kidney! Woo hoo! I had no idea UTIs were so painful! Holy crap, I now feel suitably sorry for anyone who gets them frequently. Yeesh. Thank The Lord for antibiotics and painkillers.

Photos: I wasn't too sick to buy a new teapot. Ain't it perdy? And pretty fabric for new tea towels. Jody and Amy sent me birthday presents! Yay, Redneck Life!! 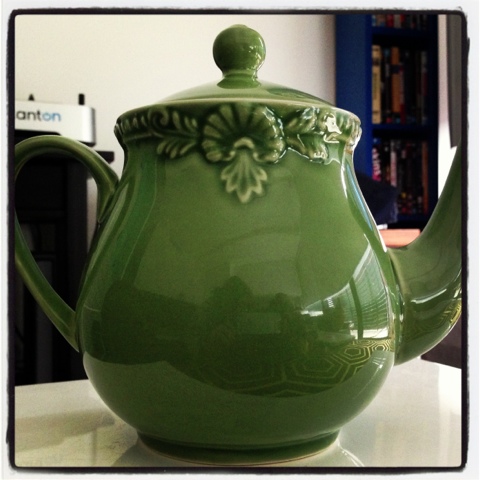 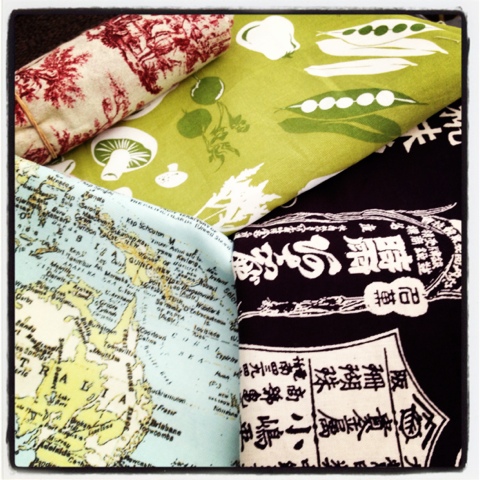 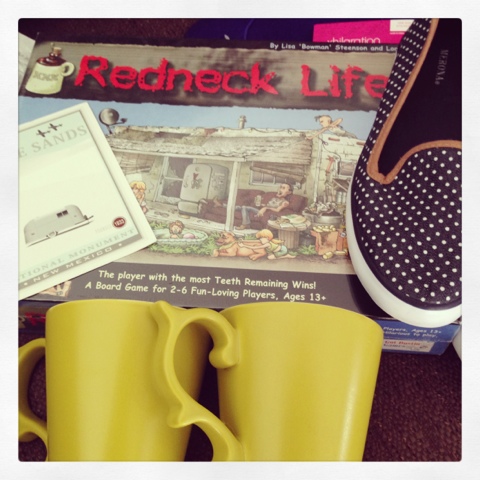 Pops and Michele got me an Amazon gift card for Christmas, and I finally spent it. After extensive research, I got 1,2,3 Sew! Each pattern builds on techniques used in the previous ones, and the patterns look like things I might actually make for the house. I'll tackle clothing at a much later date, I think.

On a whim, I also purchased the Meet Me At Mikes craft journal. I wasn't sure what the inside would be like, but I was really pleasantly surprised. I love it! I've really enjoyed using it so far, though I have have a few things in there at the mo'. I was thinking the week before it arrived that I need a vision board with organisational bits where I can write down what I want to make and when I need to do it by, and the craft journal comes with a huge poster with prompts for all that! It's grrrreat! 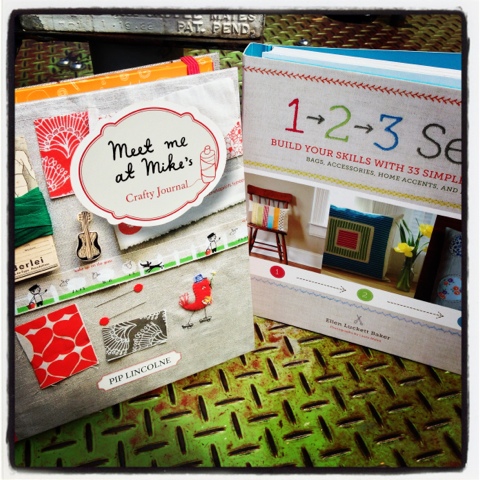 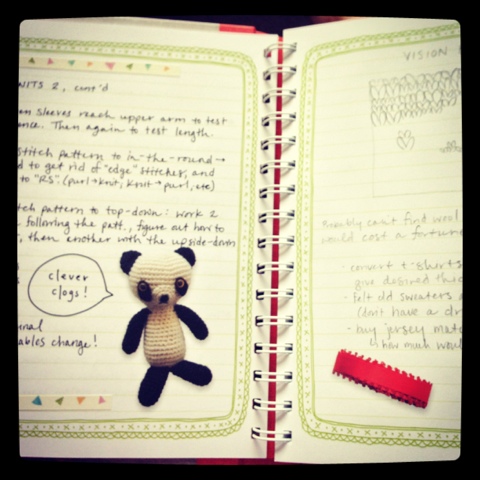