So lately, some shit's been goin' down here on Capitol Hill. A woman was stabbed to death on New Year's, someone was shot in a nightclub, there's been a lot of gay-bashing (where are we, Colorado?). Last week, someone was stabbed in Neighbors. And today I heard a story about an exhibitionist hawking his wares on the CH. So I've been thinking a lot about self-defense classes (as have record numbers of other women since New Year's), and I've been paranoid to walk around after dark, even for just a block.

Well, instead of getting off the bus to go home tonight, I rode it a few blocks further to go to the library (cuz that's how I spend my evenings). I'm a mild paranoiac, so I was paranoid walking to the library (even though it was still slightly light out) and I knew I'd have to be careful walking the five blocks home from the library. But I didn't expect any trouble while actually in the library. I mean, libraries are safe, right? Right? As I was browsing, a man on the upper floor started shouting down to the librarians about some other guy.

"This guy's crazy," he yelled. "He's gettin' physical. He's gettin' aggressive." Then he said something about the guy trying to look at people's "willies." I'm ashamed to admit it, but I was scared that someone was gonna, I don't know, do something. Something that involved a knife or a gun. I have allowed the fear-mongers to get to me, I guess.

But really, the library? Of all places! Can't a girl borrow some knitting books without fearing for her life?

Oh, and then! I was almost all the way home, when I noticed a poufy black cat sitting in one of the neighboring yards. I was a few paces past it when it suddenly got up, trotted to pass next to me, then crossed in front of my path and dashed off. Now, I'm not superstitious, but if I was, I'd be expecting some serious bad luck headed my way. Luckily, though, I'm both a scientist and a Christian, so I suppose I'm doubly protected against that sort of nonsense.
Posted by Kusems at 5:12 PM 2 comments:

Did I ever tell you about the time I lobbied in Olympia? Well, once upon a time, two weeks ago, I skipped work and got on a coach bus and went to Olympia to support refugee and immigrant rights. Aren't I noble? 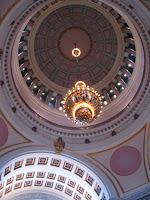 I've been volunteering with an organization for refugees, tutoring refugee and immigrant school kids (elementary through high school). I couldn't imagine being in their shoes, up against the odds they face. 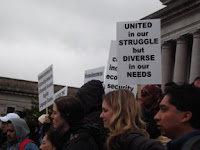 I accompanied the youth program teachers on their visits to state senators. It was a disappointing experience. They were scheduled to meet with two senators, but both senators were MIA, so we had to meet with their lowly aides instead. We went in there with information sheets about what our organization would like to see (general changes in some laws, more funding for ESL programs in general, changes to WASL testing that would help immigrant students, etc) but the aides just wanted to know specific dollar amounts or bills to support. 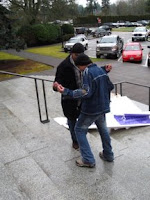 "So, how much are you asking for?" they asked. "What bills are on the floor right now that you would like the senator to support?" They were speaking a different language from us, and missing the point. We wanted general change for the better, and they wanted specifics. It's a different world, politics. 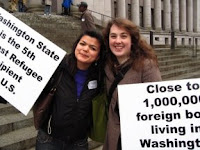 It was also disheartening to hear this: "Well, these are things everyone supports, but no one wants to foot the bill." Or: "This isn't going to change in this session. Maybe a few years down the road." Reality checks suck. So do politicians. But I already knew that. 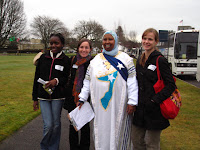 *Sigh.* What would Bono do? Or Paul Farmer? Paul Farmer would probably tell them that they were selfish a-holes and they need to change the way things work in the capitol dome. Bono would have more diplomacy, I'm sure.
Posted by Kusems at 5:57 PM 1 comment:

My fabulous friends and I went to Vancouver, B.C., Canadia, last weekend and I took thousands of photos, including inordinate amounts of sunsets (never sunrises, cuz I can't wake up that early), trees, leaves, water, and the beach. But mostly sunsets. There are also a couple interesting photos mixed in.

I did not realize what a fine city Vancouver is! It's full of lovely, matching, tall apartment buildings. I was surprised how they all coordinated with each other, and with the sky and water. Delightful!

Aagh! Please don't! I would not like to be devoured by a dragon.

At the Punjabi market

Emily in front of All India Sweets and Restaurant

You cannot contain a wild beast like Kusems. She's so fierce, she only wears one glove!

It reads, "Max's Special Log." So no touchy, or Max will hunt you down like the dog that you are.

I have managed to capture the elusive Shadow of Kusems! She is even waving at you.

AGH! Run away! Why are they selling possessed chocolate puppies at the grocery store?!

Oh, thank you, Breath Mint. You really seem to understand what I'm going through.

Obligatory sunset photo (since I took so many of them).
This was taken from Chuckanut Drive near Bellingham (hi, Jody!)
Posted by Kusems at 5:09 PM 1 comment:

I didn't know it was possible to love U2 more than I already did. I feel like my heart might explode. Love for them is oozing, nay, flowing from me. I can hardly stand it.

Ms. Sarajevo is a beautiful, moving song on it's own, on cd. But the U23D rendition...I don't know how to describe what I felt. If felt like crying, and very nearly did. I felt like I could and MUST make a difference in the world. But I felt annoyed that I didn't know how to, and scared that I wouldn't figure it out. Or that I wouldn't have the courage to do follow through if I did figure it out.

Becky pointed out that the band are simultaneously cynical and optimistic. Their message seems to be; "The world is totally crap; let's fix it!" And that's what it's all about isn't it? What I want my life to be all about.

A U2 concert is more than a rock concert. It can be a moral awakening, even if it's just a video of the concert! The 3D aspect was so amazing. The picture was crystal clear and right up there with the guys, to the point that you could see Larry's Kleenex box and orange soda. Whoever edited that film was a genius! It was stunning, and I was moved.

Why do these people look so bored?
They should all have huge, dopey grins on their faces!
They're watching the world's greatest rock band in 3D!!

One love
One blood
One life
You got to do what you should
Is it pathetic that part of my inspiration for going out and changing the world is because I don't want to let Bono down?

Okay, I don't feel as bad for not caucusing yesterday, because Obama took Washington anyway. Yaaayyy!!
Posted by Kusems at 4:43 AM No comments:

Oooh, I painted my dressers and they look fantastic! Especially with the drawers lined in the shelf liner I was gonna use in the kitchen. (BTW, lining shelves is time-consuming! Kusems likes the finished product, but is too lazy to go through the process for every single drawer and shelf). 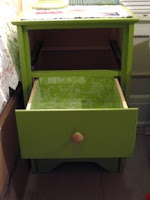 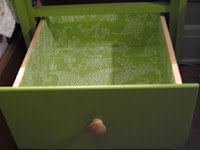 I couldn't resist buying myself a house-plant at Molbak's. Here's is my leafy new friend: 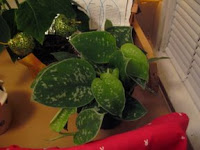 I haven't yet decided what his name will be, but I think he's just the cutest little plant ever! He's all spotty and leafy, and slightly velvety.

Other cute things at Molbak's: 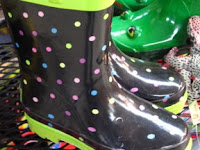 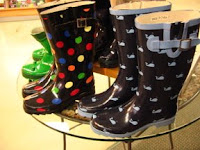 Also, I'm extremely pleased with myself for being craftsy. I was trying to figure out what to do with the knobs on my dressers, because cute knobs cost at least $6 each. I found these two at Anthropologie that I liked, but not enough to pay $48 for them.

I really liked the idea of the Paris map, but I didn't especially like the colors, and I want London, right? So then I thought, "Well, hey! Why can't I just make my own?"

So that's what I'm gonna do! I already have one prototype. I just cut a circle out of a map of wherever, then paste it onto the wood knobs that came with the dressers, then glaze it a few times! Easy-peasy! I'm really, very pleased with myself...Now I need to find cool maps of London.

And now I've baked what I'm hoping will be three delicious mini cakes. But I'm not too pleased with myself for staying up until 12:30 in the morning. Oh well, life's short, right? So what if I spend all of tomorrow struggling to stay awake?
Posted by Kusems at 6:56 PM 1 comment:

I should have gone to bed a while ago, but instead, I filed my FAFSA! Just like that, all in one go. It's such a weight off my shoulders. Now the ball is in someone else's court. It feels good!

Although, I suppose I'm supposed to apply for a Grad PLUS loan, now. Note to self: look into that.


To Do List for Going to Grad School in London:


It gets a little fuzzy from here: 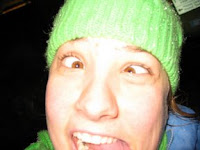 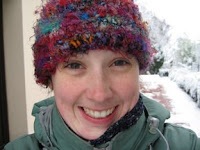 SO VERY HAPPY!!
I'm gonna go eat scones! And bangers and mash, yum yum yum. But not fish and chips, cuz I no likey the fish. But I'm a big fan of the chips. 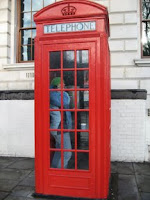 LONDON!
And also crisps. And I'm gonna ride in lifts and post letters to my loved ones and watch Doctor Who and the Mighty Boosh on the telly (and maybe live in panto?!?) 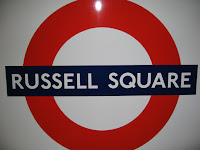 LONDON!
And I'll drink tea in the afternoon and and and...okay, I ran out of Briticisms. 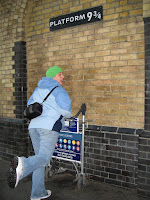 LONDON!
It's past my bedtime. But who can sleep on a day like this one? The world is in my hands, and I shall save it from disease and poverty. Oh yes, I shall! And I shall start in the most wonderful city in the world (after Seattle).