Driving to Work on 405 North

The Batesville Casket Supply truck pleads "Please drive safely!" Call me cynical, but wouldn't that mean less business for the nice folks over in Batesville?

I got my Macy's credit card today: $240.45 for my beautiful, adorable, wonderful wool coat. *Sigh* Life is good. Now I just have to pay it off right away so I don't end up paying finance charges and interest that drive the cost right back up to the original price.

(I'm so excited to type this!) Jacque and I might be moving in together one of these days! Yippee! We already spend every waking minute together (and many of the minutes when I should be sleeping), so that should make it even easier to do so. It won't be until December at the earliest, and January at the likeliest, but I'm super excited.

Heehee. "Super excited" reminds me of when my sisters and I were kids and we would say "Super Excitement Finger Twinkle!" in Eek the Cat's voice. (Was that an Eek saying, or did we make that up?) Oh man, we were easily entertained. Still are!

I made Jacque throw a housewarming party for herself on Monday, and it was a huge success. I bought frozen appetizers, but we didn't have enough oven space for them (Jacque only has one oven, poor thing), so we had Goldfish crackers as appetizer instead. Note to self: Grape flavored Smirnoff tastes like cough medicine. At any rate, I think our one guest enjoyed himself very much. Yes, we are in high demand. I can't wait until we move in together. Then we can have house parties with one guest all the time! Heck, we might even be able to entice two people to come over! I don't know, maybe I'm getting a little ahead of myself with that one.

Okay, it's definately my bedtime, and my overactive guilt complex is starting to kick in. Goodnight, luvs!
Posted by Kusems at 2:59 PM 4 comments: 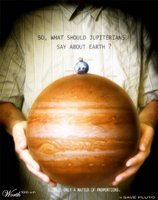 Where did these people go to school? Or perhaps they didn't... 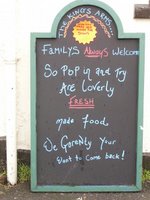 Posted by Kusems at 1:55 PM No comments:

Don't I Deserve to See a Bloody Nose?

This weekend was fun-filled and tiring. I went to a hockey game with my mom and Jody on Friday night. There were roughly 300 spectators. You can tell we love our hockey here in . I’ve never been to a hockey game before, and probably will never go to another one! There was only one fight, and I swear it was staged. I’m willing to bet the coach was like, “The fans are getting antsy. Make sure you pick a fight with someone before the period’s over.” And speaking of periods, did you know there are only three periods in a hockey game? What’s up with that? What an odd number. Two or four, people. Two or four. Or nine works, too. Anyway, the fight was seriously lame, and they were just kind of hugging each other and swatting the air around each other’s heads.

I went bowling on Friday and Saturday night, and was very pleased with myself. After a month or so of bowling at least once a week, I’m finally improving! On Friday, I bowled four games in a row with a score above 100! Weak, I know, but way better than my prior average of 70. Saturday wasn’t as good ‘cuz I was really tired after all that traveling. I didn’t realize it took two and a half hours to get to . Maybe it just felt like a long ride because I was one of three people crammed in the back of a two-door coup. At least I wasn’t driving! I didn’t drink any beer at Oktoberfest, except for a couple sips of Becky’s and John’s. It turns out I was right all along: beer really is disgusting. I wasn’t imagining it. In addition to not drinking, I also didn’t dance. Well, ok, I danced once. They forced me to do the chicken dance, which I was seriously unhappy about. But I did eat two (count them: two!) bratwurst, so I feel I still got the Oktoberfestive experience. Photos: my msn space (not all of them are mine).

On Sunday, I met Jacque in Issaquah for the Salmon Days festival. Man, those salmon get big! There's a salmon ladder with windows on the side so you can watch these suckers jumping upstream. Those fish are hardcore! As Jacque said, if you're ever feeling discouraged about your life, go watch a bunch of salmon jump repeatedly against a wall. I don't know if it'll make you feel better or feel worse, but it'll make you feel something, that's for sure.

Le sigh. John has informed me that NBC hasn’t yet announced when Scrubs will premier. Apparently, those two episodes I saw a month ago were...something else. I don’t know what season those came from. Now I’m sad…I’ll have to watch my DVDs of seasons 1 and 2 to get my fix. 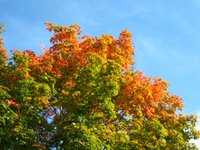 With ’s mild, wet, and inconsistent weather patterns, autumn sometimes creeps in so slowly, you don’t even really get to see the leaves change and fall. Well, that hasn’t happened this year. Despite sunshine and temperatures in the high 70’s, fall has most definitely arrived, and for once, I’m kind of enjoying it. On Saturday, I’ll be heading to Oktoberfest in , a little Bavarian village up in the mountains where the leafy color change is always particularly breathtaking. Also, there will be German sausage. I can’t wait!

I LOATHE “INSIDE EDITION”

My step-mom turns on the TV as background noise when she gets home from work. The news is on for a couple hours, which is kinda nice because I never take the initiative to either watch or read the news, so I’m generally clueless about what’s going on in our world. It’s usually boring, useless information anyway, or melodramatic retellings of stories we heard yesterday, but this isn’t a discussion about the relevance of the evening news. It’s a discussion about the relevance of “Inside Edition.” (Hint: there isn’t any.) “Inside Edition” comes on after the news, and after “Evening Magazine” (gag me with a spork), and has to be the worst show on television, with the possible exception of “Access Hollywood,” which in my understanding, is basically the same show. These people are leaches. The thing is, I love gossip, even some celebrity gossip. I mean, I’m as keen as anyone to see Lindsey Lohan or Paris Hilton sock someone in the nose, or to know who Mischa Barton is BFF with this week. But “Inside Edition” doesn’t cover interesting celebrities. They specialize in pseudo-celebrity gossip, Anna Nicole Smith and David Hasselhoff. I mean, seriously, David Hasselhoff? Are you kidding me? If I had David Hasselhoff’s career, I’d probably show up to a premier drunk, too, and expect absolutely no one to be surprised!

Okay, sorry. I just really hate that show. I have never before enjoyed watching “Jeopardy,” but when “Inside Edition” comes on and my dad smiles conspiratorially, asking “Jeopardy?” it might as well be the greatest show on earth. I’ve always found Alex Trebek’s voice kind of self-righteous and snobby, but now I find it downright soothing.

I watched the new show “Ugly Betty” again. I watched the first episode and hated it, so I wasn’t really planning on watching it again, but my dad didn’t want to watch “My Name Is Earl” (if there's one thing I didn't inherit from my father, it's my sense of humor). I had every intention of switching over to “The Office” at the half-hour mark, but I completely forgot and now I’m kicking myself! Argh! That makes two weeks in a row! And I haven’t seen “Scrubs” in weeks. I don’t even know if it’s still on, and if not, why on earth not? I’m clearly having issues with television lately. I might as well have stayed in ! At least there I saw an occasional episode of “Scrubs.” Luckily, I have “Arrested Development” on DVD to sustain me. Thanks Sara! I’ll be done with them…eventually. I’m nearing the end of season two, so anytime now.

Le sigh. Since TV has let me down, I will now turn to the internet to fill the emptiness in my life. Which reminds me of a poem:

"Long ago, the delicate tangles of his hair...covered the emptiness of my hand." Ah, classic stuff, that. Poetry doesn't get much better. 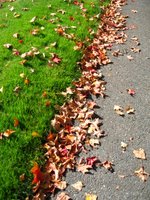 I Think You Mean "Footloose and Fancy-Free"

This weekend, I hung out with my friend, Emilie, and her friend. Emilie has Asperger's syndrome, which is a disorder on the autistic spectrum (it's basically high-functioning autism). We got on the subject of crushes and boyfriends, and Emilie was chastising her friend and me for not having boyfriends. We, of course, defended ourselves (and womankind) by pointing out that a woman doesn't need to have a man in order to live a happy and fulfilling life, and in fact, life can be much easier when you don't have a boyfriend to stress about. You have more freedom, at least in your schedule. She thought about it, then replied, "Well, yeah, I guess you can be fruitless and happy-free."
Posted by Kusems at 2:41 PM 5 comments: